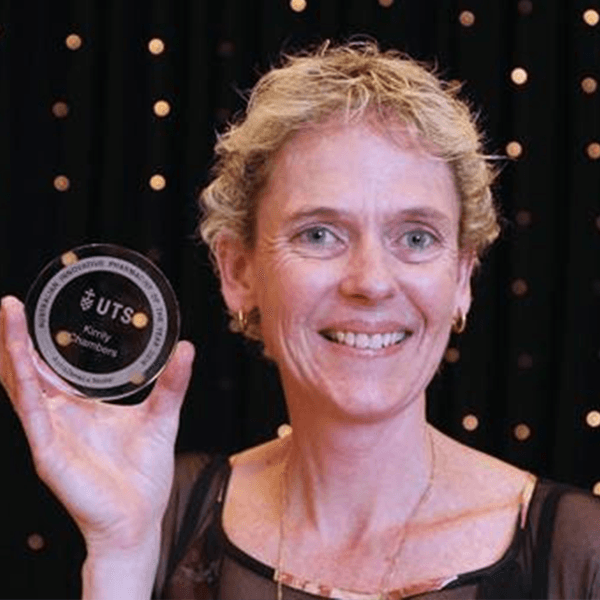 Kirrily was diagnosed with type 1 diabetes when she was 10 years old. She has trialed every type of treatment to manage her diabetes including many off label management tools. She was the first Australian recipient to receive islet cell transplants in 2007 and 2008. Kirrily has used an insulin pump since 2001 and continuous glucose monitoring since 2012. She is currently using state of the art artificial intelligence to manage her diabetes.

While her diabetes has always been quite a challenge, it did shape Kirrily’s career. Kirrily graduated from the University of Technology in1993 with a Bachelor of Pharmacy. She also has an Advanced Diploma in Nutritional Pharmacy. She became the first pharmacist credentialled diabetes educator in Australia in 2009 and won the Jan Baldwin National Credentialled Diabetes Educator of the Year in 2016 for her passion and awareness around the use of  language and diabetes. Kirrily was also awarded the UTS Innovative Pharmacist of the Year Award in 2018. Kirrily works in private practice in the Adelaide Hills in South Australia.